There’s been a silent competition going on for years between Nikon and Canon. Many photographers struggle to choose between them.

Regardless of the ongoing battle between the cameras, many individuals choose the Nikon over The canon lens for good reasons. However, You can use a Nikon to Canon lens adapter.

We understand it’s hard to believe, but it’s true. Unlike the old days, your old lens from another DSLR won’t be useless. Let’s go through the key takeaways from this article.

So without further ado, let’s get started.

Can You Use The Nikon Lens On Canon?

Yes, with the right adapter you can use the Nikon lens on A Canon DSLR. Just so you know, the earlier Nikon model uses a mounted lens and the present models use a G lens.

If you wish to replace the existing Canon lens with a Nikon lens, then first you must determine the kind of lens mount it has. Without it, you might get the wrong adapter. As these adapters vary from different lenses.

Let’s take the lens for Nikon d90 camera for example. It has an F-mount lens. For such a lens, you’ll need a generic adapter to use on a Canon camera which will cost you about 20$. If the Nikon lens is a G-mount type then it will need a specialised adapter. These adapters come at a higher price range, going up to 300$.

How To Select An Adapter For Lens Replacement?

An adapter comes with two body types, one is a plastic boy and another one is with a metal body. In comparison, the metal body frame adapter is much better considering they’re more durable.

When choosing an adapter, make sure it’s sturdy and reliable. Don’t buy a cheap brand. Also, ensure they are adjustable for both lenses.

How To Mount A Nikon Lens On Canon? 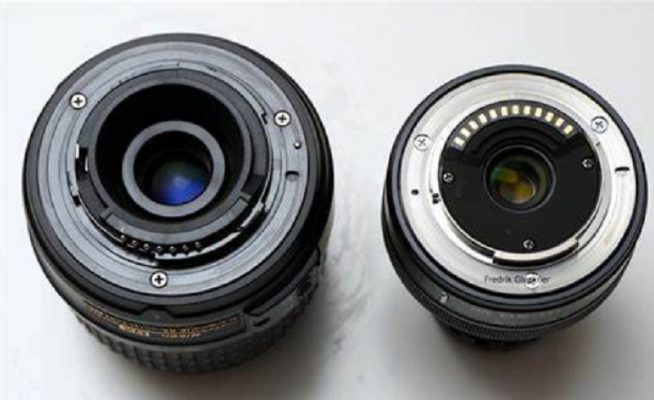 After choosing the ideal adapter for your old Nikon lens, it’s time to mount it on your Canon camera. If you don’t know the proper methods of mounting the lens, then follow us through the given process.

Note– with a manual adapter you can’t use any auto focus function with the camera. For focus adjustments, you have to do them manually. Although it’s a hassle, it gives a chance to get more professional photographs.

Benefits Of Using An Adapter For Lens Replacement

If you have been in photography for a long time, then you know that Nikon and Canon both have their upbringings and shortcomings, in some cases Nikon lenses are better than Canon lenses and vise-versa. But with an adapter, you get the benefit of both with either of these cameras. Let’s show you how

Drawbacks Of Using An Adapter For Lens Replacement

Let’s begin, shall we?

From the above discussion you’ve learned all that we promised in the beginning, including its perks and drawbacks. No matter how consequences look to you at first glance. However, the benefits of using the adapter outways the drawback.

If you wish to have the benefits of both Nikon and Canon cameras and don’t want to go through buying them, then using an adapter is the best possible solution for you. Not only it’s easier to use but also you can get the benefit of both lenses with a single camera.