Disney in the 00s

The 2000s was a year of fun and experiment. With Disney leaving behind the golden age of the 90s, it was time for attempting a new endeavor; Lilo and Stitch being the perfect amalgamation.

Buckle up your “ohana” as this is going to be a nostalgic ride.

Lilo and Stitch is our favourite story about a 6-year-old girl named Lilo and a perfectly adorable alien dog named Stitch. But before we jump into this amazing franchise let’s dig some unknown facts about it.

Did you know that the original story, and spoiler warning if you haven’t seen them already, was supposed to revolve around an alien dog in a forest trying to overcome his isolation and trying to figure out where he came from? Thank God they changed their minds, I mean can you even imagine the franchise without Lilo?

Also, Stitch was originally not supposed to talk. The story leaned towards stitch finally able to express himself in the very end, but the writers changed their mind. Probably because of how adorably he talks 😉 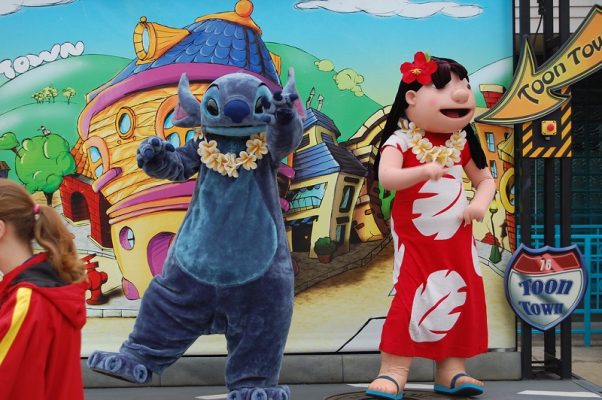 The first film( Lilo & Stitch) released in June 21, 2002, directed by Chris Sanders and Dean De Blois. It was produced by Walt Disney Animation Studios, formerly known as Walt Disney Feature Animation. This was the movie that started an extravaganza with Sanders’ stylistic trope. The story revolves around 2 misfits or outcasts Lilo and Stitch and their broken ‘ohana. This film was made at a satellite campus in Walt Disney World in Florida.

Lilo and Stitch was the anomaly of the 00s, in a decade of underperforming box office hits and murky studio relationships, with Pixar producing hits after hits. Disney entered a new era leaving behind its classic age of the 90s.

Directed by Tony Craig and Robbert Gunnaway and produced by Disney Television Animation, this film would have made much more sense if the accompanying TV show had the same name. The Tv show did not attempt to make a complete, self contained story. Instead they expanded the universe asking the question “ if stitch was experiment 626, where we’re the other 625 experiments?” Turns out Jumba stored them in a pod, inactive. The pods were released and they activate on touching water, which by the way are plenty in Hawaii. Once they activate, they get their special powers. So Lilo and Stitch take it upon themselves to locate the “cousins” and find them home.

The movie returns everyone including the sandwich loving, lazy experiment 625 and introduces the villain Dr Hamsterveil. Alan Silvestri’s score adds grandeur to the movie.

But isn’t there already a Lilo and Stitch 2? Yes, and this is where it becomes problematic. Stitch has a Glitch released on August 30, 2005, produced by Disneytoon Studios. This Michael Labash and Tony Leondes directed film disrupts the flow of the franchise. This entry was developed by Disneytoons Studio which is completely different from Disney Television Animation. They completely ignore the DTA projects and doesn’t mention the 625 experiments. Even the design of the house is changed. The animation is better although.

This movie takes a different approach. Instead of expanding the story, it deepens the emotional rooting of the principal cast. It deals in a mature tone and concentrates on Lilo’s mom’s death and Lilo’s grief regarding that. Lilo continues to participate in the local Hula contest to keep, her mother’s legacy alive. Meanwhile, Stitch has a different problem. His eyes keep glitching and changing to green and he exhibits monstrous behaviour wrecking chaos everywhere.

There isn’t any central villain but focuses on the internal arc. The overall movie feels like a hangout movie. It follows the trope of “hero dies, revives*.

Directed by Tony Craig and Robbert Gunnaway and produced by Disney Television Animation, this movie is action-packed. Lilo and Stitch have completed their mission of finding a home for Jumba and Pleaky but it is time to go to where they belong; the outer space. Dr Hamsterveil however escapes jail with his new experiment Leroy who is much powerful. This movie is the finale of the franchise.

With so many films and television series and continuity errors, it is easy to get lost. Here is the chronological order in which you should watch the movies:

What Editing Software do Movies use?