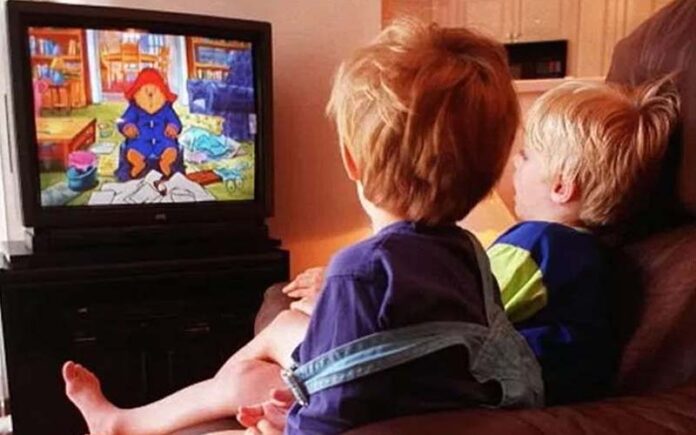 Childhood is probably the best period of anyone’s life.

Don’t believe me… Ask anyone which is their favorite memory of life? They will ask day childhood

Simply because Childhood is a period of carefreeness and full of fun and enjoyment.

The World looks Big and beautiful. Children get love wherever they go. They don’t have any stress about the future, All they have is The resent.

Their life revolves around Food, Love, Play, Toys, and….what is the next one?

Ask yourself? Or ask your Kid…I can bet he will answer- Cartoon Animations.

Even if you ask me about one of my Favourite Childhood memories. I will answer its cartoon animation.

Does this make you wonder: Why do Kids like animation?

Let us find out more about it.

Virtual representation to the Kid’s imagination A cartoon, or action, a virtual representation of a Kid’s imagination.

A Kid’s imagination is vivid, and their view of the world is different from what we adults perceive.

For a Kid, everything is fun and playful. And that’s what animation does. An animation portrays a world where a character is playful carefully, and the world around him is pleasing and playful.

A cartoon world is free from any harshness of reality. They are the best way to portray a Kid’s imagination of his world.

The Kids get attracted by the different shapes and vibrant colors of the animations.

The world of animation is built of beautiful colors and shapes. This pleases the Eyes of Kids.

The creator builds a whole new World from his Creativity. He develops the main character, side characters, storyline, and beautiful fun world.

The other reason why a kid likes animation and cartoons is that they are actually fun.

There are many adults who still watch Cartoons?… And I am one of them…Why? Because they are simply funny.

Yes, they might seem illogical but this makes it fun.

Another reason is the Characters of Cartoons. They often portray protagonists who is naughty and funny, and it makes people laugh.

And What does the Child want to do? He wants to play and enjoy every day. He builds a connection with the main character.

Cartoon animations can help your child to grow in different ways.

For example, A collection of moral stories can help your Kid to learn different moral values, and thus, he can become a better person in the future.

Cartoons play a vital role in early learning. The child learns many things from the cartoon.

If the protagonist is a studious person the child will learn to study.

If the main character of the cartoon is a violent and rude person, the child will become the same.

Basically, the child follows the main character in the cartoon animation.

Cartoon Animations help in the cognitive development of your Kid. It can help his brain to build analytical skills, increase visual and auditory processing and increase his focus.

A study shows that Animation helps in the growth of neurons and connects regions of the brain which are responsible for memory formation, spatial orientation, and planning.

A cartoon animation helps your child to get more fluent in the native language.

Animation is only full of fun and it makes your child laugh too much.

And as you know, laughter is the best medicine.

Cartoon animation can boost your Kid’s creativity. Animation is the result of the high level of creativity.

This can help your child to increase his horizon and boost his imagination. And who knows he may become a writer?

A cartoon helps a child to develop their emotions. The child feel the same emotions as the main character. This helps him to develop emotions such as happiness, excitement, nervousness, etc.

If your child watches a cartoon that portrays violence and by then he’s likely to become violent and get into fights.

It’s up to you how, whether A Cartoon animation is having a negative or a positive impact on your child.

You should always check out the cartoon animation the child watches.

If he watches a good cartoon animation then it will help them to become a better person.

Cartoon animation is the best way to create a wonderful memory of anyone’s childhood.

There are plenty of childhood cartoons that I still remember. Oswald, Shinchan, Baby Looney Tales, Dragon Tales, Barbie, and many more. What is your favorite to comment in the comment section below?