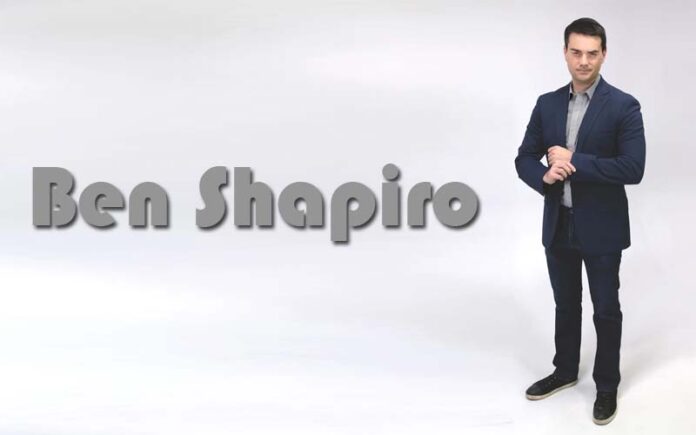 Ben Shapiro, have you ever heard this name? Do you know What is the controversy about Ben?

No, Ben Shapiro is famous for his lies about his height. When his height is a matter of Curiosity, Confusion, and Controversy.

People are making memes and trolling him on Social media platforms and communities. Want to know Who is Ben Shapiro? How tall is he?

Let’s find out more, and try to find out what is the actual height of Ben Shapiro?

Ben Shapiro’s real name is Benjamin Shapiro. He is an American Conservative Political commentator and host and many more.

He writes columns for many popular magazines like Creator Syndicate, Newsweek and Ami Magazine.

He is also a host of daily political podcasts and live radio show Ben Shapiro show.

Moreover, as an editor of Breitbart News and writer for 11 different books.

He claims that he is five feet nine-inch tall. So what is the controversy?

People deny his claim and claim that his real height is 5°6 ¾.

But Ben denies this and proclaims himself 5°9′. He once called himself “165 cm Jewish guy”

Origin of the Debate

The controversy began when a photo of Ben and Jordan Peterson came out.

Jordan Peterson is a Canadian Professor of Psychology and a Clinical Psychologist. He is six feet and one inch tall.

The Picture Clearly shows a wide difference between Ben and Jordan. Ben seems shorter than a 5°9′ guy.

But Ben tried to control the damage and claimed that the photo was photoshopped.

He uploaded another photo. The other photo also seems authentic and determines the difference in which it was hard.

That’s how the controversy began.

According to the Celebrity Height Website, Shapiro’s real height is 5’6′ ¾.

There are many examples of pictures that clearly show the difference between Ben’s actual height and his claimed height. Ted Cruz is eight and is five feet eight inches tall. In his photo with Ben Shapiro,  one can see that Ben looks shorter than Ted.

Candace Owens is five-inch five feet six and a half-inch. In the photo,o they looked somewhat similar to her height range.

Dennis Prager is six feet tall, and the photo with him clearly shows the wide difference between them.

In the photo, Dennis’s head was above Ben. And if you consider a man’s height is equal to 7 and a  half head. Then this implies that Ben is 10.5 inches shorter than him.

There are many proofs against Ben. Therefore he should simply accept the truth.

It doesn’t matter whether he is 5°9′ or 5°4, he will still be Ben Shapiro. I am sure people like him for his personality and views rather than his height.

What do you think about it, let us know in the comment section below.