Korean countries have been known for their culture for a very long time. They have been talked about not only for their K-drama, K-pop, and K-movies but also their K-beauty along with skincare, which is very often talked about and followed. Koreans follow very simple yet effective beauty tips from their childhood. They start their cleansing, exfoliation, serum boosting, and masking routine from a very young age. And it’s common among both girls and boys.

The best thing about Korean beauty is that they follow natural, less harmful, less harsh, and effective natural ingredients in their beauty products. They take care of their skin from the very start of their childhood. And this might be the probable reason for their flawless, glowing, and glassy skin. Since fair and glowing skin was what they preferred since ancient times. Therefore, keeping their skin healthy and brightening using natural ingredients was their only target when it came to skincare. The ingredients were such that they chose it according to their skin type and need. They feed their skin more with care and thus each one of them has one that is clear and glassy skin.

The skincare routine has been followed up since the ancient era. Not many details have been known or found. But it’s said that the Goryeo era was well known for its skincare recipes. Ingredients like Saffron were applied for lip color, various millets and rice flours were used as powders and for skin exfoliation. Lotions were prepared from extracts from various seeds and this all used to be stored in a small container. This was stored as cosmetics at that period. This was all followed up and known since ancient times i.e. Goryeo era. This all was so easily available, convenient and effective that makeup and skincare were done in every house in that era. It was made by both the poor and rich. However, poor people replaced some of the rich ingredients with one that was according to their affordability. For example, Saffron was replaced with some colored bell peppers for their lip color. 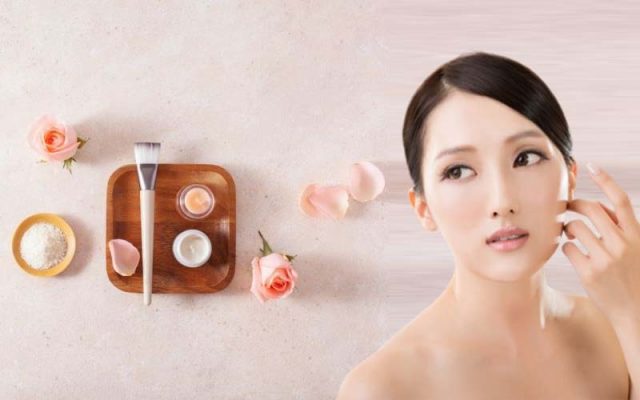 Cosmetics were often homemade by Korean women and traded and were sold among sellers and traveling merchants. As mentioned earlier, they prioritize skin health; till today a person with pale skin and flawless skin ( blemish skin) is taken for an indication of good health. Today, when the Korean wave (Hallyu) began. It was South Korea that emerged into a powerhouse of the widespread cosmetic industry. Western countries started copying these Korean products straight from the 2010s. The innovation in the formulation of beauty products of western countries was all copied and inspired by Korean products. They started copying Korean sheet masks which were initially started by Korea for skin moisturizing. The only thing Korea for ages was known for was good looks and good skin. And even today, the case is the same. Korean Beauty maximally prioritizes skin brightening and skin health thus, keeping makeup application minimal.

Korean Products offer very effective therapy for skin using their effective technology. They are wholly focused on innovations to be offered to their products. The main reason that these products are in the market and demand is that they provide the best ingredients at affordable and reasonable prices. The amount of extensive research that goes into these products and choosing the right ingredients is incredible. The products are mostly inspired by their traditional formulations like turmeric for reducing aging and wrinkles and fine lines; green tea for relaxing and detoxifying skin, which are still incorporated in their formulations.

As most of their products are naturally derived and are cruelty-free, so many people across the globe prefer these products over other harsh chemical beauty products. Along with all this, they also give preference to detailing and packaging making it great in quality and standard products. Due to the high rate of these products being at consumable standards, they are only available on all online commercial beauty platforms like Nykaa, etc. However, it is only in Korea that men invest and take more interest in all Beauty products than men anywhere across the world. So, there are products that are manifested and designed for men’s skin type and needs.

The Korean beauty formulation is updated in many of the upcoming brands. It was because of these Korean beauty companies that we now have a single product containing the benefits of moisturizing, brightening, and SPF plus.

Now you know why Korean Beauty is considered the best among all the beauty secrets around the world.