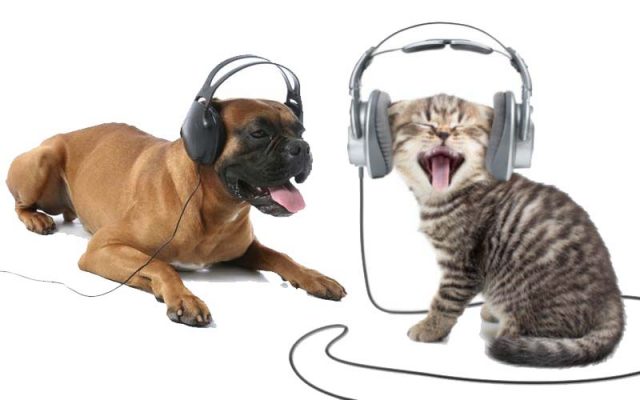 Music is Universal. There is a saying that “Where words fail, music speaks”. Humans dive deep into the sea of music in their cool and hard times as well. It is a medicine to heal despair and pain. Music fills happiness, nullifies emptiness in the mind. This is all because we perceive music. We listen and respond. Humans have that capability of having stimulus for music as our nervous system is developed so. Humans are having liability for music which leads to more special interest. But do you ever thought that animals listen to music? And then respond to it? It might seem quite surprising to pose such questions. But is worth interesting to find answers.

There are some researches to our wonder which makes us believe that animals too enjoy the music like humans: Most of us think, that animals like the same music as we do. But an animal psychologist belonging to the University of Wisconsin says that “animals enjoy the music that is species-specific”. Species-specific he meant is the music specially designed using certain tones and pitches.

Charles Darwin, a well-known biologist assumed that animals will appreciate melody and responds to music like humans because animals too have a nervous system comparable to humans.

There is a lot of research and study happening in the field of animal music. It all started when scientists discovered Snowball, a cockatoo that danced for a beat of the music. It made a Youtube sensation those days.

Some studies have found that human music for animals falls into the un-graspable and unrecognizable category. It is fact, that vocal ranges and heartbeats differ a lot for animals from humans. So, it is evident that not all animals react the same as human reacts. And it is also true that animals respond the same way as humans do when they are made to listen to species-specific music i.e. when they listen to their own versions of music.

Animal lovers always have a thought to please their pets in their own ways. This concern over pets and animals has raised the demand for discovering new ways to please animals through music. Moreover, there is a special study going on under the name “Zoo musicology” that deals with the functions and effects of music on animals. It is more likely that more progress will be seen in this field in the coming years.

Yes! Animals listen and respond to music as humans do making their ears pointed forward. Many animals retaliate by beat, pitch, and volume. Same emotions as humans can bring through few species. We feel even amazed by the actions of few species while they are listening to music. They are quite funny and lovable too.

We all enjoy greatly the best vocals of the singing bird “Koel” which upraises its voice during the mid-April till June. Its pleasant music makes humans feel alive and makes us return back the same sound with much enthusiasm.  And the wonder is that it replies back again and again. Again this species proved that each and every species has a different kind of taste.

Like way we all enjoy their music and they also respond to our music. Actually, animals have don’t have a regular pitch. They only have a good pitch. Research proves that animals freak out on classical music and have a lot of disconcertment towards heavy music.

So, animals enjoy music similar to humankind. Music is like a sight for a sore eyes in an unadorned form.

Why Pets teach Responsibility? What else can a Pet teach?

[7 Reasons] Why Pets should be Allowed in Public Places?

Which Animal is least loved as a Pet?