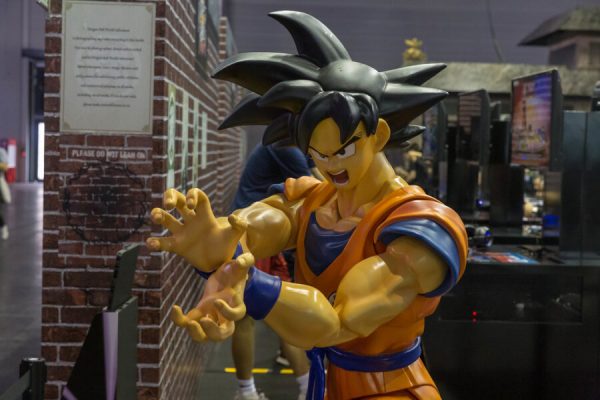 Are you a fan of Goku? The fighting master of Dragon world. He is the ultimate hero of the famous anime series. He looks so powerful that everyone wants to become like him.

But does he use real-life fighting stances or it’s just made up by the writer? To find out more read this article till the end. In this article,  we will explore the fighting techniques Goku uses and if it is real or made up?

He is a monkey-tail boy who embarks on a journey with Bulma to find seven magical dragon balls. He is accompanied by friends like Krilin, Master Roshi, Oolong, Puar, etc. he also marries Chi-Chi and becomes a family man.

He also discovers that he is an alien and also fights many supervillains. In his journey, he is trained by various martial arts techniques by Master Roshi to angel Whis.

Goku uses a mixed variety of fighting styles like Wushu, Wing Chun, and Karate. Moreover, he is highly inspired by Jackie Chan and Bruce Lee.

If we look closely at his punches then you can find a similar pattern to boxing. He extends one hand for a punch while maintaining an angled stance.

Now, if we talk about kicks they are particularly aimed at the head. This is because it is the weakest and most effective part to strike to end a fight soon. This draws a close comparison between it and kicks of Taekwondo and Karate.

Goku’s blocks are derived from Win Chun. In this style, a fighter used his forearms to block attacks.

The energy (chi) manipulation is not possible in reality but it can be compared to Qigong. It is a practice to cultivate life energy or otherwise known as chi.

If we talk about Goku, his fighting styles are derived from various martial art forms like karate, kung fu, muay thai, taekwondo, etc.

Whis’s and Hit’s style reflects elements of both Wing Chun and boxing. But for Whis former has more influence than the latter.

Tiens and his best friend Chaotzus fighting style are similar to Crane’s style. Yamcha Wolf is a negative character of the Dragon Ball series. He is known for his Wolf fan twist that is quite similar to the Chinese Kung fu style. To be precise, the writer took aspiration from Tier style.

Yajirobe uses a weapon to attack his opponent. His sword fighting style is similar to samurai sword fighting. He seems to use Iaijutsu, which is a Japanese style.

Veeta seems to use stances from Hung Gar. And also use Sanshou.

There are also many other characters that use different fighting styles inspired by real lifestyles like:

Toppo: Toppo’s grappling style is similar to MMA or Wrestling.

Basil: Basil seems to use kicks based on Taekwondo.

Finally, we can say that even though Dragon ball fighting styles are made up by the writer, it still derives inspiration from real-life martial arts. Our protagonist Goku is shown using various forms of Martial arts throughout the series, but mainly in first.  As after Dragon ball, this series went from a martial arts-based fictional.

I hope this article has solved most of your doubts. Do share your thoughts with us in the comment section below.

What is the Best Site to Watch Neon Genesis: Evangelion?

In which Episode does Rin Nohara Die? How did she Die?