If you are playing Fortnite for a time, get ready to see some bots In Chapter 2. Epics games have announced the addition of bots several weeks before the game’s release. The developer says that bots will behave the same as normal players. So et ready to spot some bots in your game.

But the real question is: Is Fortnite filled with bots? Why Fornite added bots?

What does it mean to call someone a bot? 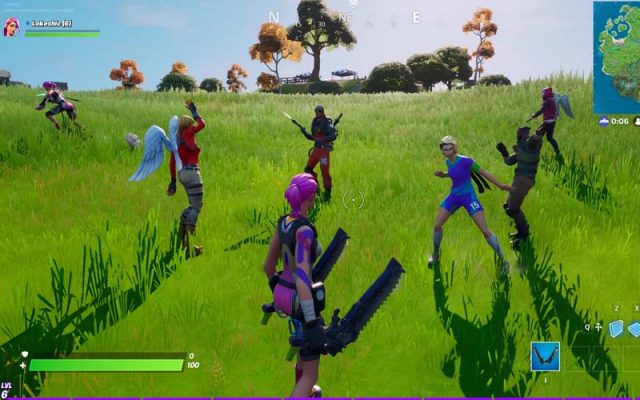 You can easily hear streamers or YouTubers saying this is a bot…but what does a bot mean? Let us understand this first.

Bots are players added by developers to help players to develop their skills. Bots look like a normal face with normal names but they are just bad players, their movements, skills everything is bad.

How to spot a bot

The problem with bots is they are so hard to tell apart. For pro-level players, many of them seem like bot-even casual players. How to spot a bot?

You can spot a bot by following ways:

– If you are being killed by a bot you will be able to easily recognize by the way player is acting.

– A bot cannot use a vehicle so if a player is driving a boat you can tell It surely isn’t a bot.

– You cannot team up with a bot and a bot can’t appear in a human team.

According to Epic Games, Bot will help normal players to develop their skills. As many people were complaining that because of the difficulty of the game it isn’t easy for a person to develop a skill. So introducing a bot in a matchmaking system can help you a lot.

Moreover, you are now more likely to be matched with other players of similar skill.

Reactions of players are half and half, some are feeling annoyed while some are seeing it as a boon.

Some of the reaction:

One player once remarked on Twitter that he forgot the Fortnite has added bots and thought he has earned 6 kills on his own. Others say that the Fornite game seems to be easy; some don’t feel good to know that they are killing fake players.

Some are taking advantage and action like a bot to force other players to lower their guard. But not everyone dislikes this.

Many other players didn’t stand a chance beforehand. Now they are having a chance to win and also develop their skills without fear of being killed.

Are bots good for Fortnite?

Well adding bots is like dealing with their major fault. The matchmaking system of Fornite used to place different levels of players in the same lobby. Consequently, more than half were swept within few minutes of the game. This was awful as well as irritating for new players. They didn’t have a chance to win or even develop their skill.

But what if you don’t want to play with bots?

How do I get rid of bots in Fortnite?

Unfortunately, there is no possible manual way to turn off SBMM in Fortnite. But if you don’t want bots in your lobby you have to be good enough.

According to game developers as a player level up his skill in the game, he will encounter lesser bots in his game. Which means pro-level players are hardly gonna face any bots in their game?