Chess is a board game played at a competitive level. It involves a lot of logical thinking and the ability to tackle the opponent and strategic planning to win the board. A person who plays chess is taken as intelligent or scholar at maths. This is the only reason why more people want to indulge in playing chess, as it builds on their cognitive ability. More parents make their children participate in playing chess to develop and boost their child’s mental capability. For a very long time chess has been known as a Brain game.

A game that requires concentration and a lot of thinking ability and intelligence. Along with cognitive ability, it also improves a person’s analytical and critical thinking ability with observational skills. 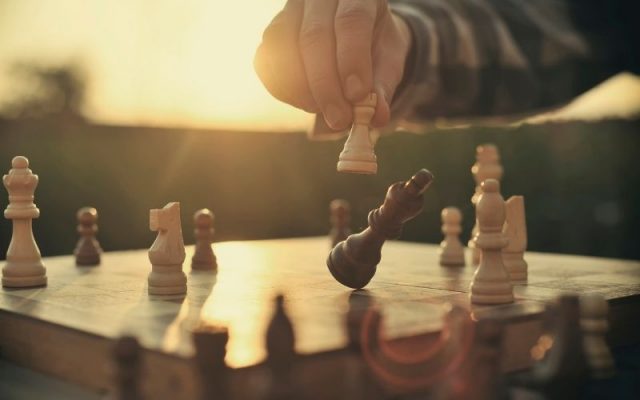 Chess helps to maximize your Intelligence quotient (IQ) level. That is it improves a person’s reasoning abilities.

In the areas where this intelligence is built, one responds to challenges and how smoothly a person can handle any task. This is known as processing speed. The other part is the ability to face a problem and tackling it with proper reasoning. This fluid intelligence is built more through chess. These two areas of intelligence are found to be well polished and built in a chess player. A chess player is always in a state of flow, wherein he/she is involved at an excellent level of concentration and performance. It has been noted that a person who plays chess can think in all angles and dimensions than a non-chess player. That is they have a peak level of creativity. Chess, as mentioned earlier, is broadly called a brain game.

Dementia (Loss of a Memory)

It has been studied that it lowers the risk of dementia in a player. Dementia means loss of a person’s memory and impaired thinking ability. It enables your ability to learn and grasp more information early. That is it boosts your memory and builds your thinking function. This happens because chess lets your dendrites grow. They are attached to neurons in a

neural cell and help conduct the signal from other neural cells. The more in number and more prominent in size they are, the more amount of movement they will be capable of receiving. This is done by chess as it involves building and boosting your cognitive part.

Chess players are more alert and highly observative. This game helps to build on their prefrontal cortex. A part of the brain that develops the last at adolescence. This is responsible for thinking function, memory, and self-control. A chess player is known to have a good reading skill as they have a peaked concentration level than non-chess

players. Also, like any other part of the body, the brain too needs some amount of exercise to stay healthy and devoid of any injury. Playing chess is like an exercise to the brain wherein all brain muscles are working and functional. Thus, reducing the chances of any mental disorder like Alzheimer’s disease.

A person while facing any problem in their life, tends to get easily stressed and frustrated. Hence, lowering problem-solving ability. However, this ability is seen as highly developed in a chess player than a non-chess player.

In kids as well, chess can play a tremendous role. From building a child’s memory to boosting concentration and intelligence, chess can play a significant role. It not only will help a child to think but also improves their decision-making ability. There was a myth that chess makes a child learn more maths and geometry. However, there is no clear evidence on such. But more studies and recorded data have proven and showed that chess does add to their cognitive ability and logical perspective. They develop an ability to think from other’s points of view as well. Their memory is boosted. Their concentration works well. And such kids are found more active in any classwork than non-chess player kids.

Therefore, it can be concluded that a person playing chess can be good at their memory and thinking. Maybe more alert. But it’s not always that they must be more brilliant. For example, an intelligent person doesn’t need to be preferential because he knows chess.