Before Boruto, Anime holds a special place in the hearts of us weebs. And the most popular anime of all time is Naruto. Naruto is Shonen Jump’s Big Three and is based on the manga with the same name created by Masashi Kishimoto. It starts with a dark and depressing tone and quickly builds interest. The rest of the characters provide the perfect amalgamation of what is known as Naruto. Naruto follows the story of Naruto Uzumaki, who amasses the Nine Tailed Jinchuriki in himself and therefore gets treated badly by his villagers. He decides to one day become Hokage of the village of hidden leaves, Konoha.

Naruto has over 700 episodes, with the first series containing 220 episodes and the sequel, Naruto Shippuden containing 500+ episodes.

Boruto is set after the events of Naruto Shippuden and pursues Borutk Uzumaki, Naruto Uzumaki’s son in his own journey of becoming a Shinobi.

How many movies in Naruto and Boruto?

There are a total of 11 movies made which follows the timeline of Naruto, Naruto Shippuden and Boruto: Natuto Next Generation. Let’s take a look at them: 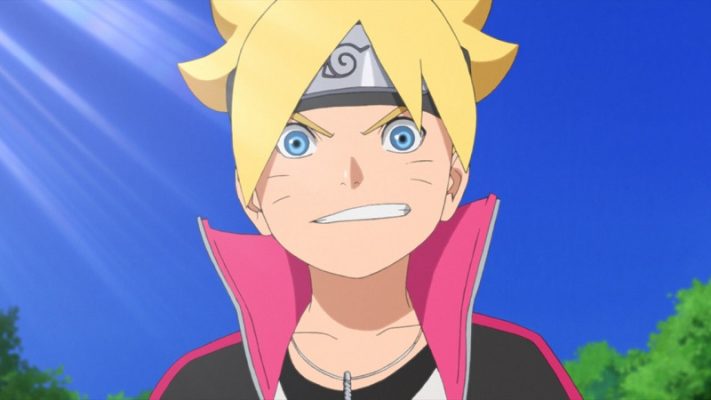 Naruto and Boruto both have vast no. of episodes and films out there. So it might get a bit confusing to follow the timeline. Here are the list of movies and the chronological order to watch them :

NINJA CLASH IN THE LAND OF SNOW : In this movie, Naruto, Sasuke and Sakura travel to the land of snow to guard Yuki Kage. She’s an popular actress and needed protection from Doto Kazahana and his henchmen as she shoots her new movie. This event happens after episode 101 of Naruto Series and was directed by Tensei Okamura.

LEGEND OF THE STONE OF GELEL : Shikamaru, Naruto and Sakura gets caught up fighting for the stone of Gelel which contains power on par with a Jinchuriki. This film takes place after episode 106 of Naruto and was directed by Hirotsugu Kawasaki.

GUARDIANS OF THE CRESCENT MOON : In this film Kakashi, Sakura, Naruto and Rock Lee  goes on a mission to escort prince Hikaru Tsuko and his father Michiru back to the land of Moon. Naruto has to teach the prince humility and they make the most of this B- ranked mission. Directed by Toshiyuki Tsuru, this film takes place after episode 196.

NARUTO SHIPPUDEN: THE MOVIE: Directed by Hajime Kamegaki, this film is a true masterpiece. Naruto is supposed to die fighting a monster. This film explores the concept of fate. Is it really in Naruto’s hand? It takes place after episode 72.

BONDS: Land of Sky plans to attack Konoha. Land of Sky seeks vengeance for the battle  during the 2nd Great Ninja War. A boy named Amaru comes to warn Naruto and the Hokage about this. Naruto, Sakura and Hinata have to work with this boy. Directed by Hajime Kamegaki, this movie takes place after the events of episode 71.

WILL OF FIRE: Directed by Masahiko Murata, this film enacts the story of how Naruto saves his sensei’s life. The shinobi’s with kekkei genkai begin to disappear and as Kakashi is a kekei genkai user, it is likely he’ll be the next target. Naruto’s Will of Fire truly shines here. The events happen after episode 121.

THE LOST TOWER: This is a interesting story. Team 7 is tasked to capture a shinobi names Mukade. This mission sends Naruto and Yamato to the past 20 years where they need the help of the Fourth Shinobi a young Kakashi. These events happen after episode 143.

BLOOD PRISON: Naruto is falsely accused of attacking Fourth Riakage and is sent to Prison, the Hozuki Castle, otherwise known as The Blood Prison. He must escape to prove his innocence. Happens after episode 196.

THE LAST: The last movie of the Naruto series is indeed not an action adventure. Rather it’s a romance. The events happen after episode 493 where the moon is supposed to collide with the earth. These events are caused by the descendant of The Sage of the Six Paths.

BORUTO: NARUTO THE MOVIE: This is typically not a Naruto movie but rather the sequel to the anime Boruto. This was the debut anime film of Hiroyuki Yamashita and is based on the manga Naruto by Masasahi Kishimoto. The events in this movie take place years after the 4th Great Shinobi War. This movie follows Boruto Uzumaki, son of Naruto and Hinata Uzumaki and his adventure as he follows in his father’s footsteps but with a twist.

When should you watch the Boruto Movie ?

Before binge watching the movie, watch episode 1-51 of Boruto: Naruto Next Generations.

Boruto makes his way through the Academy but unlike Naruto isn’t a horrible student.

Is Boruto: Naruto The Movie worth watching?

In this movie Boruto has graduated from the academy and is on Team Konohamaru with Sarada Uchiha and Mitsuki.

This movie is the talk of the anime and manga community. Although the events of the movie happen again in episode 50-65. This movie is both a sequel and a spinoff. To understand this movie one must complete watching Naruto and Naruto Shippuden. Some love it while others hate it complaining about its pace.

To veteran Naruto fans this movie might feel nostagic. Although this is a Boruto movie but Naruto does get significant screentime. One must keep an open mind while watching and form their own opinion about the movie.

Therefore Boruto the series has only one movie called BORUTO:NARUTO NEXT GENERATIONS.