Warzone is a Free Battle Royale game. It was released on 10 March 2020. It is an online game that allows around 150 players. This game runs on PlayStation 4, 5, Xbox One, Xbox Series X/S, and Microsoft Windows.

There is several Battle Royale game out there and each has its distinctive feature. Among this tough competition, this question might have popped into your mind: Is CALL OF DUTY Dead?

Well ever since, the release of COD Warzone its popularity is increasing. Not only it has occupied a special place in the player’s heart, but it also has become one of the most popular Battle Royale games out there. 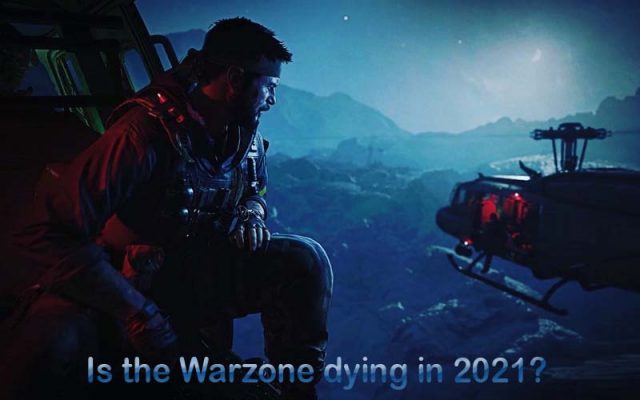 On the first day of release, 6 million players played the Activision game. It isn’t dying soon besides its popularity is increasing

Well, I am sure this table is enough to prove that how many people play cod 2021. And also that COD Warzone isn’t dying any soon.

Now lets us look into why people love this game. And if Is Warzone worth downloading?

Is Warzone worth downloading?

Features of Call of Duty: Warzone

The warzone was a huge hit as soon as its release. It launched in March 2020 and soon afterward the Lockdown bean. And its popularity increased sharply.

Here are some best Features of Call of Duty: Warzone.

In addition to these primary modes, there are several time-limited modes introduce in the game.

Each weapon has its specialty and differs from the other based on range, power, and size. The combination of Legendary AR and Legendary Sniper Rifle is enough to make to win any match.

Both players will have some gear and the one who survives will be sent back to the match. The other ones responsibly will fall on their teammate’s shoulder.

Currently, the COD warzone allows making a team with 4-players.

Call of duty warzone is one of the best Battle Royale games. In 13 weeks it’s managed to attract 100 million players. With its amazing features and rising popularity, it is not going to die any soon.