Donations are the certain amount of money paid by people for a charitable cause. BUT, the donations on twitch are a different scenario, altogether. Unlike many other donations, the twitch donations are influenced by scams and frauds. Not including the genuine donors, but scammers who target live streamers of Twitch.

Well, to be precise, the twitch donors are the same people who are twitch viewers and find the platform a major source of entertainment.

The donations often called a “tip” on twitch, are significant money paid to the accounts of streamers. The money is donated to the streamers to support them financially. Most often, when viewers voluntarily like to support a particular streamer by helping them earn a substantial income.

Why Do Fraudsters Attack Live Streamers?

Twitch is a gaming community of live streamers and viewers. Apart from playing and recording video games, the platform is diverging towards a full-time career. That is to say, the streamers make a decent living when someone who donates money finds the streamer’s video content worth the reward.

Nevertheless, donations are not the only medium to earn money but one of the major alternatives. The twitch streamers are plunging a huge share from subscriptions, ads, and bits. If subscriptions are received by a fixed fee, the revenue from ads and bits are non-fixed.

With so many ways to earn money, why do fraudsters pick only donations for malign activities?

With subscriptions, ads, and bits, the money is shared between the streamers and Twitch. If total subscriptions made way for $2000, then 50% of this amount goes to Twitch. The same can be assumed for the other two sources, the share can vary with mutual agreement.

But the donations are enjoyed solely by twitch streamers as all the money is credited to Paypal’s account. Or, in other cases, the donations are made through third-party donation services such as StreamElement, or Streamlabs.

For this reason, Twitch remains free of any fraudulent activities taking place by donors.

What is a Chargeback?

Chargeback is a common scenario in businesses when the customer asks for a refund if the product turns out defective.

The same can happen when donations are made to support a streamer but the donors later charge the money back from them. Commonly known as chargeback, such donors ask for a refund when they realize that the donations were un-intentional or made in huge sums than the intended amount.

There are many instances when streamers have been a victim of many such scams. The chargeback is done to attack the well-known streamers, who are popular and receive many paychecks.

In the first place, the viewers or donors usually ask for their money by sending a direct message. The live chat feature allows them to threaten or indulge in manipulative behavior to ask for a refund. If the streamers approve their request, these scammers do not cause any harm.

However, the streamers fall prey to the scammers if they disapprove of the refund requests. In such cases, the donors file a dispute against them, involving twitch to the matter. Once the case is filed, it can be a daunting task for streamers as the dispute goes on for months.

How to protect from chargebacks? 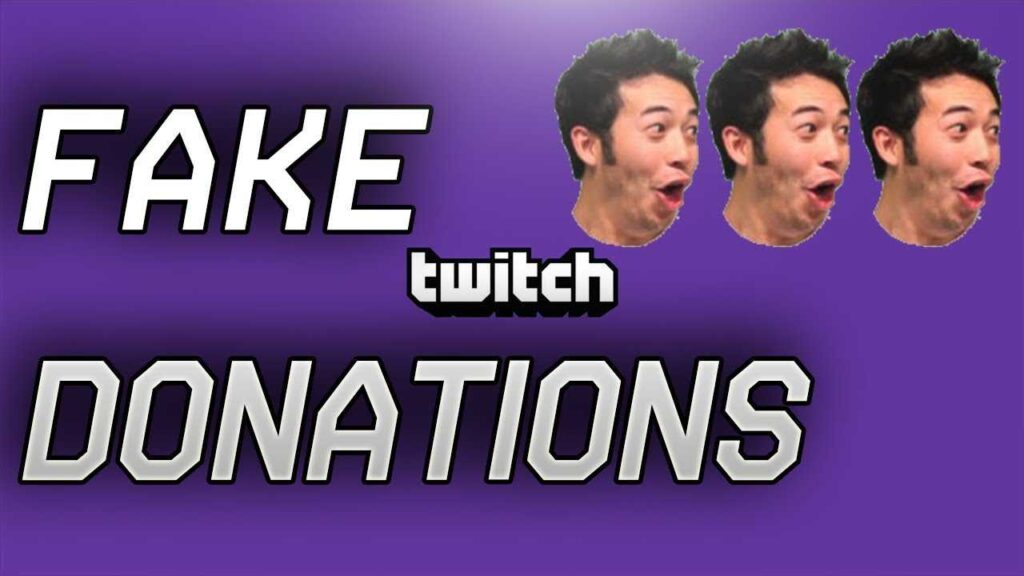 The chargebacks can make a streamer bind by complications that remain unexpected in the first place. The donors can be anyone from a cybercriminal to a fraudster who uses clever ways to steal the streamer’s accounts.

Although, the streamers can easily protect their rights with little awareness by using preventive measures. Some of the many ways to stop the donors from filing a chargeback are: