There have been many logo design blunders and failures over the entire year, but very few of them have ended with a police complaint being filed against the owners. But, unfortunately, that’s precisely what has happened to the Indian fashion website Myntra, whose “offensive” logo has now been replaced with a subtly tweaked (but not altogether different) design.

A similar complaint was filed against the logo of the online shopping brand Myntra with the Mumbai Police’s cybercrime department. This complaint claimed that the original ‘M’ sign in the logo had a “resemblance of a naked woman” in it.

I do not think a lot of ever spotted this M sign a lot before, but now we cannot stop looking at it because it has started looking weird all of a sudden. Most of the biggest logon of companies around the world, all of them have secret meaning to them, but this had a very different one. All that we can assume and hope right now is that Myntra did not do this intentionally. 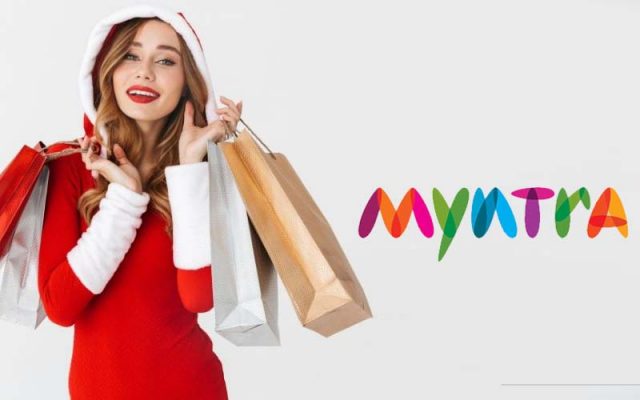 According to many newspapers and magazines, the logo was a very insulting and offensive sign towards women worldwide. But, unfortunately, it sure does look like this way now.

The police complaint was filed last month, but the news has not stopped coming even today. Myntra responded to this complaint, and they agreed to change the logo for one month. The entire logo has been changed around all of Myntra’s social media platforms and banners worldwide.

Myntra’s logo tweaks are subtle. The orange and purple elements that overlapped in the older log do not do so anymore. There is not red center in the middle, which should not be a problem anymore. The colors are no longer asymmetrical as well. This new design released by Myntra should dial down all of the heat the old one created among users and buyers. This logo is a lot less offensive than the old one and it still maintains the endite essence of the company. Even though Myntra has changed the problem, many of us still cannot unseen something very offensive about the logo.

And of course, Twitter had to come up with the best suggestions and jokes about the entire controversy. Twitter shed some light on the incident by making memes and releasing solutions about it. Many Twitter users suggested that the other logos with an ‘M’ in them need to be worried and that a subsequent complaint can be made against them. Some of the users have had a very different liking to the original design and made fun of other famous logo fails in place of Myntra. Myntra’s logo tweaks are subtle. For a non-specialist, this may look like a minor logo tinkering.

This is a case of over-imaginative minds trying to find something or the other in everything. There have been hundreds of memes made on this entire controversy. All of these memes can show the imagination people can have. This is out of the hands of brands. You can never know when a brand’s logo can become controversial and when someone can become sensitive towards something. Brands do not have the thought of hurting other people’s sentiments.

While no one wants to get in between the good or bad and the right or wrong of this logo fight, we all are a little thankful Myntra to have made this decision. I know many people will be worried that the brand owner must be now in jail or have gone bankrupt due to this entire cost of rebranding all of their items, logos, banners, etc. But no, they have not gone bankrupt. This brings the entire real issue in front of our eyes.

For all the upcoming clothing brands, jewelry brands, or any other start-ups about to launch soon, you should learn this big lesson from Myntra.

There are many different significant components that a brand or any brand owner should aim to strengthen about their logos – the brand name should be well checked before launching. The logo needs to be double-checked unit it is released on a national or international basis. There are many lessons one can learn from Myntra’s logo episode on these significant components.

We all know no one makes their logos or brand names keeping in mind a national controversy and that one has the best intentions for their brand. But, there can be times when a specific logo or name might mean something very offensive or funny to different people. This all is, most of the time, unintentional. One should always do their research before launching rather than having to re-do all of their work. No one likes controversies.

Difference between UI and Visual Design